Find out about some of the projects we’ve recently been working on.

To mark the 500th anniversary of this battle which resulted in huge loss of life including the Scots King James the fourth We designed and constructed two special gardens, one in Selkirk and one close to the battle site at Crookham.

This garden, located in the grounds of the town’s Victoria Hall, provides a place to sit and reflect on the plight of the women and children after the battle and the appalling loss that the town suffered. We constructed the outer area using locally sourced natural sandstone slabs and the inner courtyard from Marshalls cobbletech which closely replicates traditional cobbles. Heathers provide close ground cover and year round colour and interest while shrubs have been chosen that add structure to the space. The colour palette is primarily pinks and soft blues. 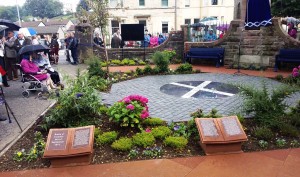 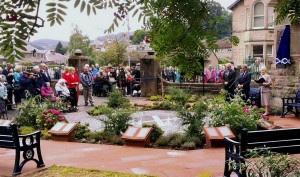 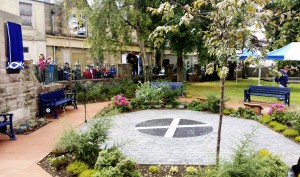 These photographs show our garden being opened by his grace the Duke of Buccleugh on 7th September 2013.

This garden wraps around the United Reformed Church at Crookham and was commissioned by the newly formed Crookham Peace and Reconciliation Centre based at the Church in response to the anniversary. This garden consists of eight separate gardens. These gardens represent a virtual journey through different phases of the process of conflict and reconciliation. The garden is open to the public every day of the year. 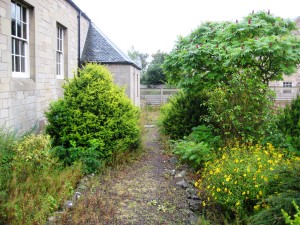 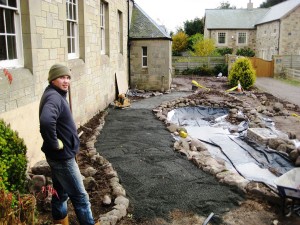 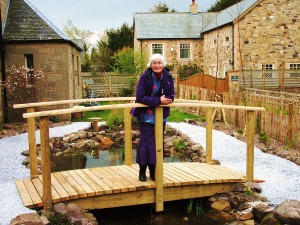